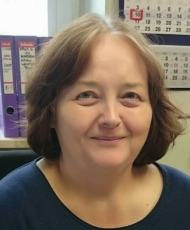 From 2018 I was employed as an associate professor at the Dept. of Neuropsychopharmacology, Institute of Pharmavcology, Polish Academy of Sciences. Since 2019 I have been the head of the Department of Neuropsychopharmacology at the Maj Institute of Pharmacology, Polish Academy of Sciences, and since 1.08.2019 I have been employed as a Professor at this Institute.

Cooperation: I have collaborated in research for more than 20 years with Prof. M. Morelli (University of Cagliari, Italy). Department of Toxicology, Centre of Excellence for Neurobiology of Dependence, University of Cagliari, Cagliari (Italy): 1993 (3 month); 1995 (2 month); 1997 (2 month), 1998 (1.5 month) and since 1999 up till 2007 – several short term research stays (up to 10 days), in the frame of the Polish-Italian Government Cooperation;

Moreover, we cooperated with the Department of Neuro-Psychopharmacology, Free University of Berlin, (Germany) for many years (1994 - 2000 - several short stays).

I have been awarded numerous competitive research grants (including Polish-Italian grants) by the State Committee for Scientific Research and National Science Centre.

My scientific interests focus on the pathophysiology and therapy of Parkinson’s disease and development of animal models of both presymptomatic and symptomatic phase of this disease. Since many years I was studied the involvement of adenosine and dopamine receptors in antiparkinsonian and neuroprotective effects.